The “Dissident Spouse” and a Duty to Decant? 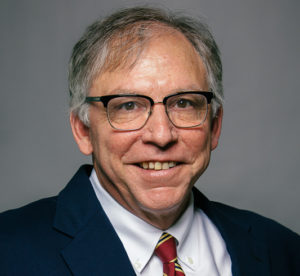 On March 20, 2017 an interesting and as yet unpublished decanting ruling by the Massachusetts Supreme Judicial Court arose in the context of the divorce of Paul Ferri and Nancy Powell-Ferri pending before the Connecticut courts stating that not only could trustees of a trust under attack from a dissident spouse decant into a new trust, but the trustees may even have a duty to do so.

The decision has generated much controversy and commentary amongst both the domestic relations and trusts and estates bar.  In an online post dated March 23, 2017, Edwin Morrow with Key Private Bank Family Wealth Advisory Group described the decision as a “Decanting Blockbuster”.  See, www.linkedin.com/pulse/decanting-blockbuster-new-decision-ferri-v-case-edwin-morrow.

Paul Ferri was the discretionary beneficiary of an irrevocable Massachusetts Trust governed by Massachusetts law, established by his father for his benefit in 1983.  The Trust permitted Paul to begin to withdraw principal at age 35, with increasing percentages thereafter depending upon his age.  At the time the marriage dissolution proceeding began in 2010, Paul had the right to withdraw 75% of the principal of the Trust, which ripened to a 100% withdrawal right during the (ongoing) pendency of the Connecticut proceedings.  Under Connecticut law, the assets in the 1983 Trust were clearly property subject to division for the purposes of determining a property settlement.

In 2011 during the pendency of the marriage dissolution proceedings, in an effort to protect the Trust from his wife, Nancy, the two Trustees of the 1983 Trust decanted most of the assets into a new 2011 Trust that did not give Paul rights of withdrawal.  According to Paul, he thought the 1983 Trust was worth between $60 and $70 million at some point shortly before the transfer.

The matter has a complicated procedural history in the Connecticut courts.  Nancy asserted that decanting the 1983 Trust assets into the 2011 Trust violated of the terms of the first trust and was in violation of the public policy of the state of Connecticut.  Nancy also alleged that Paul breached his duty to preserve marital assets, and that the Trustee’s breached their duty of loyalty and intentionally interfered with her equitable interest.  They sought the Connecticut court’s recognition of a new tort, in counterclaims to a request for declaratory judgment filed by the Trustees, alleging the decanting was a valid exercise of their authority and discretion, and that Nancy had no interest in the trust assets.  See,  Ferri v. Powell-Ferri, No. MMXCV116006351S, 2013 WL 5289955, at *1 (Conn. Super. Ct. Aug. 23, 2013) and Ferri v. Powell-Ferri, 317 Conn. 223, 116 A.3d 297 (2015) (These are both interesting decisions in their own rights).

The matter found its way to Massachusetts when the Connecticut Supreme Court submitted three questions to the Massachusetts Supreme Judicial Court:

The Massachusetts Court answered “the first question and the third question yes” and thus, did “not answer the second question.”

As you may know, unlike in New Hampshire, trustees of Massachusetts trusts lack specific statutory authority to decant.  The Massachusetts Court relied on its 2013 decision in Morse v Kraft, 466 Mass. 92, 99 (2013) and on its interpretation of the Trust document and an affidavit from the settlor [finding parol evidence admissible and useful due to ambiguities].  The Court reasoned that although the 1983 Trust instrument lacked specific decanting language, it did not prohibit it and other language evidencing settlor’s intent in the Trust led it to conclude that the 1983 Trust instrument  “read as a whole, demonstate[d] the settlor’s intent to permit decanting.”

Perhaps most striking is the Massachusetts Court’s analysis of the 1983 Trust instrument in its entirety, concludes not only could the Trustees decant but the Trustees’ obligations under these facts and circumstances “[includes] the duty to decant if the trustee deemed decanting to be in the beneficiaries’ best interest.”

This should certainly give fiduciaries and their legal advisors pause.  Unfortunately, it is difficult or impossible to divine which one or combination of the facts and circumstances of this case led the Massachusetts Court to conclude that a duty to decant was triggered.   In anticipation of just this type of finding, the New Hampshire legislature, as have most states that have decanting statutes, codified the notion that although a Trustee may have authority to decant, it “does not have a duty to decant or an ongoing duty to consider whether to decant.”  RSA § 564-B:4-418. (Note this is a default, not mandatory rule under The New Hampshire Trust Code, which can be modified under the terms of the trust).   Stay tuned, there is more to come . . .

The Massachusetts Ferri v Ferri Powell decision can be found online at: