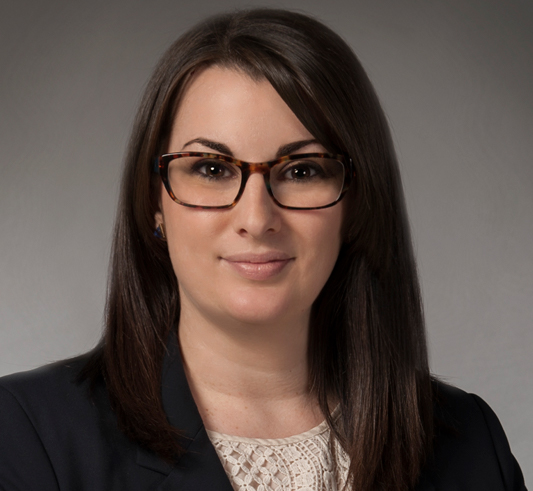 As noted in a prior post by Ralph Holmes, in terrorem or “no-contest” provisions are becoming increasingly common in estate plans in New Hampshire.  Such provisions are intended to discourage litigation and effect this purpose by calling for the forfeiture of a legatee’s interests in the will or trust in the event of an unsuccessful challenge.  While New Hampshire recognizes by statute the enforceability of no-contest provisions contained in both wills and trusts, see RSA 551:22, II; RSA 564-B:10-1014(b), these provisions must be interpreted in a manner consistent with statutory exceptions, commonly known as “safe harbor” statutes.  See RSA 551:22, IV; RSA 564-B:1-105(b)(14).  Proper navigation of in terrorem clauses and the statutory safe harbor statutes can be complex—both substantively and procedurally—particularly where the New Hampshire Supreme Court has yet to issue an opinion applying one of the safe harbor statutes.  To avoid being caught adrift, legatees looking to challenge an estate plan containing an in terrorem clause and their attorneys should consider the following.

Before mounting a challenge to an estate plan, a legatee should consider seeking the Court’s guidance as to whether a planned action would trigger the provisions of an applicable in terrorem clause.  Relevant statutes expressly provide safe harbor for such conduct.  RSA 551:22, III(c); RSA 564-B:10-1014(c)(3).  Mechanically, if an action is already pending (for example, an action to prove the validity of a will) this can be accomplished by filing a motion attaching the petition or answer and counterclaim that you propose to file as an exhibit.  See Hallett v. Hallett, 7th Circuit – Probate Division – Trust Docket, No. 317-2013-EQ-000865 at 13, n.6. (Jan. 15, 2014) (Order on Hallett Beneficiaries’ Motion for a Ruling on the Safe Harbor Provision of NH RSA 564-B:10-1014(c)(3), Cassavechia, J.) (suggesting that the proper vehicle for instituting a safe harbor inquiry would be “a simple motion . . . with a proposed pleading appended [as] an exhibit” ) (hereinafter Hallett First Safe Harbor Order.)  Here is a sample safe harbor motion.

Alternatively, if no action is pending before the probate court, a safe harbor inquiry can be made by filing a Petition for Safe Harbor and attaching a Proposed Petition detailing the potential challenge to the estate plan.   In this instance, the potential contestant and her counsel should take special care not to include language in the Petition for Safe Harbor that could be viewed as a contest under the applicable in terrorem provision; instead, any potentially challenging language should be isolated to the Proposed Petition.

In either event, it is important to keep in mind that a potential contestant seeking the Court’s guidance under a safe harbor provision carries “the burden of demonstrating that the no-contest provision should not be enforced” in a given case.  Hallett First Safe Harbor Order at 5.

Let the Language of the In Terrorem Provision be Your Compass

Initiating a safe harbor inquiry will require the preparation of a proposed pleading that, if possible, would not trigger the applicable in terrorem provision.  When preparing such a pleading, careful attention should be paid to the provision’s language because, when ruling on a safe harbor inquiry, the Court will “look to the language of [the relevant in terrorem provision] as its guide in determining if a ‘contest’ has been proffered within the meaning of the [provision] and whether the claims asserted in the [proposed petition, responsive pleading, or motion] exonerate the [movant] from the legal consequence of ‘no-contest’ enforcement.”  Hallett First Safe Harbor Order at 6.  Thus, wherever possible, a proposed filing should be prepared in such a way as to avoid triggering the applicable in terrorem clause.

If Triggering the In Terrorem Provision is Unavoidable, Consider Whether There is, Nevertheless, a Safe Harbor

Even if a proposed pleading would trigger the applicable in terrorem provision, a legatee may still be entitled to safe harbor.  For example, if the planned challenge seeks a determination as to the proper construction or interpretation of the terms of a trust, the legatee may be entitled to safe harbor under RSA 564-B:10-1014(c)(4), which provides that the general rule of enforceability of no-contest provisions “shall not apply to the extent that a person initiates, maintains, or cooperates in . . . [a]ny action brought by a beneficiary or on behalf of any such beneficiary for a construction or interpretation of the terms of the trust.”  There is also a similar statutory safe harbor for wills.  See RSA 551:22, III (c).  When considering whether a particular safe harbor provision may apply, one should keep in mind that the Court will “review the text of the safe harbor statute in light of [applicable in terrorem provisions] and the stated goal [of the statute] to construe and apply the safe harbor statute in a manner consistent with . . . the [testator or] settlor’s intent.”  Hallett v. Hallett, 7th Circuit – Probate Division – Trust Docket, No. 317-2013-EQ-000865 at 8 (Mar. 31, 2015) (Order on Hallett Beneficiaries’ Motion to Consider the Proposed Amended Petition; Invocation of Safe Harbor and NH RSA 564-B:10-1014, Cassavechia, J.) (hereinafter “Hallett Second Safe Harbor Order”).  Careful consideration of RSA 564-B:10-1014 and RSA 551:22’s safe harbor provisions, in conjunction with the applicable in terrorem clause, is therefore recommended.

When you Can’t Outrun the Storm

There will of course be times when a legatee is not entitled to guidance on a particular issue, or where a proposed pleading cannot be prepared in such a way as to avoid triggering the applicable in terrorem provision.  However, this does not necessarily mean that forfeiture is guaranteed.

The prime example of this is the Hallett case, in which certain trust beneficiaries and remainderpersons sought the Court’s guidance as to the enforceability of a trust’s in terrorem clause in the event that they prevailed upon their breach of fiduciary duty claims.  See RSA 564-B:10-1014(b) (“In the case of an action solely to challenge the acts of the trustee or other fiduciary of the trust, a no-contest provision shall be unenforceable to the extent that the trustee or other fiduciary has committed a breach of fiduciary duties or breach of trust.”).  After ruling that certain counts of the petition triggered the trust’s in terrorem clause, the Court determined that it was unable to rule on the issue of enforceability of the no-contest provision until after discovery and trial.  Hallett First Safe Harbor Order at 3–4.  The Court explained:

[T]he issue permitted to be decided in [a] “safe harbor” proceeding is justifiably confined to the question whether a proposed action would be a contest.  Upon obtaining an adverse ruling, the beneficiary is put to an election: either to accede to the will or trust or to pursue the contest.  If the beneficiary chooses to pursue the contest, she may, in another proceeding, assert the exemptions within the statute from the enforceability of the no-contest clause.  However, a beneficiary is not entitled to an additional ruling in advance on whether, if the proposed contest were to be pursued, the no-contest clause would nonetheless be unenforceable.

Faced with this choice, certain of the Hallett beneficiaries and remainderpersons chose to pursue their claims and were, for the most part, successful at trial.  See Hallett v. Hallett, 7th Circuit – Probate Division – Trust Docket, No. 317-2013-EQ-000865 at 19–38 (June 16, 2016) (Decree on Merits of Petitions, Cassavechia, J.) (hereinafter “Hallett Merits Order”).  The Court ruled that, with respect to the enforceability of the trust’s no-contest provision, “the [beneficiaries] proved and prevailed on very significant claims of breach against [the trustees] such that the [no-contest] clause should not be invoked.”  Hallett Merits Order at 44.

In sum, wherever possible, a legatee contemplating a contest to an estate plan or a challenge to its administration should consider how best to make a safe harbor inquiry in light of the applicable procedural posture, and assess whether this can be done without triggering the applicable in terrorem provision or, alternatively, whether a statutory safe harbor provision might nevertheless offer protection.  In the event that a triggering contest is unavoidable, a legatee will be forced to choose between bowing out to protect his or her beneficial interest in the estate plan or, instead, pursuing the action at the risk of forfeiture.  At this juncture, a legatee should carefully weigh the risk of forfeiture against the likelihood of success and consequent possibility that another safe harbor provision may apply.