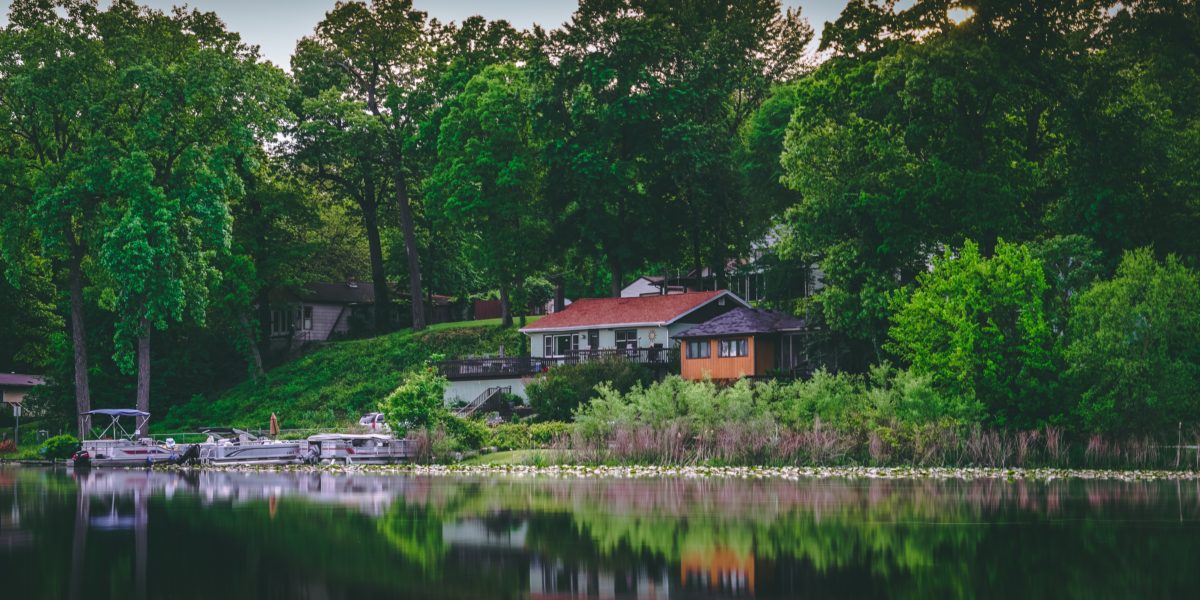 When clients tell a partner of mine that they want to leave their beloved vacation home to their children, he half-jokingly responds, “Why would you do that to them?” and then explains that, all too often, family disputes develop over grievances about uneven use, contributions to maintenance, tax, insurance and other expenses, and other property issues.  In some families, the bequest of real estate almost guaranties disharmony, exactly the unintended result.  Thankfully, when these disputes arise, the broad equitable remedy of judicial partition is available, resulting in either physical partition of the premises or much more commonly a sale and allocation of proceeds.  Hayes v. Connolly illustrates the broad equitable partition power of the court.

In Hayes, the Hayes and Connolly families had co-owned Lake Sunapee property since 1953 via trusts.  After the Hayes Trustee was unsuccessful in negotiating a liquidation of the Hayes’ interests, he brought a partition action in Superior Court (Probate and Superior Courts have common jurisdiction over partition actions).  After trial, the Court (Kenison, J.) ordered a sale by the Hayes Trust of its interest to the Connolly Trust at an appraised price.  The Hayes Trustee appealed, arguing that the Court improperly relied on an abandoned 1992 agreement between the parties that stipulated this appraisal-sale remedy and further that a public listing and sale was required in order to determine the true fair value of the property.

In affirming the trial court, the Court first decided that the 1992 abandoned agreement essentially illustrated an equitable resolution, but was not the basis for the order below:

[W]e do not construe the court’s order as specifically enforcing the 1992 Agreement. Rather, the trial court, having found that “physical partition is not a viable option,” concluded that the “fairest solution” was to award the Hayes Trust’s interest in the property to the Connolly Trust in exchange for half of the property’s fair market value.
Indeed, at trial, Edward Hayes, Jr., the Hayes Trust’s trustee, acknowledged that “one fair method” for “dealing with this type of situation” was reflected by the 1992 Agreement. We do not see how a method of partition becomes unfair, unreasonable, or inequitable merely because parties are no longer contractually bound to use that method.
To adopt the Hayes Trust’s argument, and conclude that the trial court could not order this method of partition, would in effect preclude a trial court from ordering specific relief merely because the parties once had agreed to those very terms. Such an outcome would be illogical. Moreover, it would be contrary to the broad terms of the partition statute, which empowers a court to enter a decree “as may be fair and equitable” after considering “any contractual agreements entered into between the parties in relation to sale or other disposition of the property,” and “any other factors the court deems relevant.” RSA 547-C:29. We conclude that the Hayes Trust has failed to demonstrate that the trial court’s ruling was unreasonable or untenable.

The Court then affirmed that the appraisal and private sale relief ordered by the trial court was an appropriate exercise of the trial court’s equitable partition powers:

RSA 547-C:25 provides that if a court finds that property cannot be divided, “the court may order it to be sold and the proceeds from the sale to be divided among the owners . . . and may make all other orders that may be necessary to cause such sale and the distribution of the proceeds, as a court of equity may do in like cases.” RSA 547-C:25 (2007). The trial court, after finding that “physical partition is not a viable option,” declined to order that the value of the property be established by the method proposed by the Hayes Trust. It reasoned that it would be “grossly inequitable to require the Connolly Trust to pay a premium over fair market value.” The trial court, although recognizing the Hayes Trust’s interest in maximizing the value of the property, was not convinced “that the beneficiaries’ financial need is so great that it justifies forcing the Connolly family to possibly choose between selling their well-beloved interest in the Property or paying more than fair market value . . . merely in order to maximize the value of the Property to a marginal degree.” Even if the method of valuation proposed by the Hayes Trust would have also been an equitable way to partition the property, it has not established that the method selected by the trial court was unreasonable or untenable. See Foley, 157 N.H. at 332. Accordingly, we conclude that the trial court sustainably exercised its discretion when it ordered that the property be partitioned by private sale based on its appraised or agreed upon fair market value. See Brooks, 168 N.H. at 711.

While Hayes does not establish new law, it will likely be frequently cited in future cases for its approval of private sale at an appraised price as a partition remedy. In partition cases, some owners often have deep emotional and family ties to the property at issue and very much want to retain ownership after partition. They are likely to cite Hayes in their effort to avoid a public sale in favor of a compelled private one to them.